The new data from the National Statistical Institute (NSI) on several main economic indicators are extremely positive. From them, it can be concluded that the Bulgarian economy has already overcome the crisis related to the coronavirus and is entering a period of economic growth. 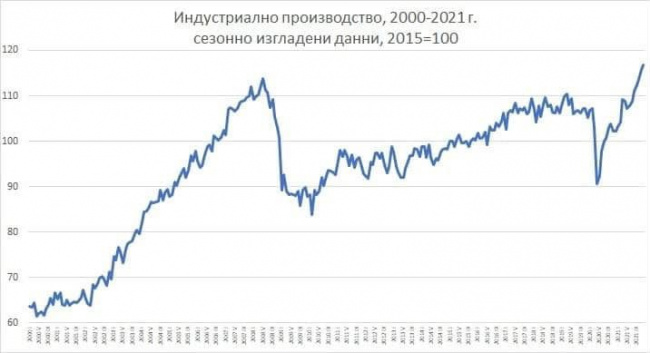 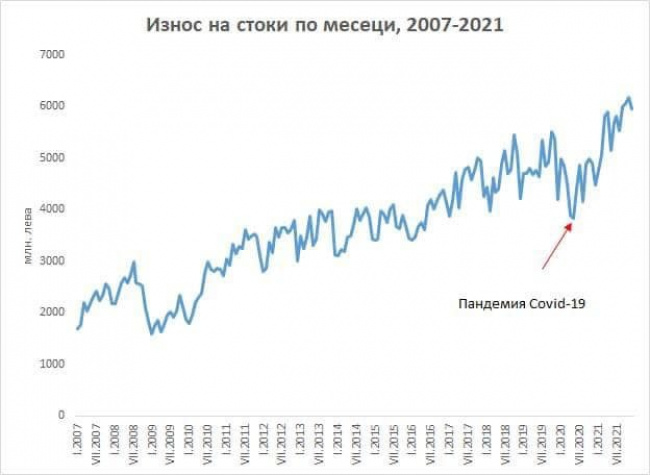 Export figures should finally close the hysterical talk of a “crisis” – 2021 is an absolute historical record:

For December the growth on an annual basis is 32.5%;

For the fourth quarter the growth is nearly 27% and reaches BGN 18.2 billion;

“The trend can be clearly seen from the data on the industry – annual growth of the index of industrial production of 14.3% for December and historically the highest value of the index,” Lachezar Bogdanov wrote on Facebook.

According to him, it is time to stop subsidies, conveniently justified by the pandemic, and it’s time policies to be focused on investment, productivity, structural change and growth.

His colleague Georgi Angelov also stressed that the NSI data are much better than the most optimistic economic forecasts.

In nominal terms, with accumulated inflation, the growth of industrial turnover is 59.9%.

According to NSI data, on an annual basis growth of industrial production, calculated from the calendar adjusted data, was reported in the production and distribution of electricity and heat and gas – by 37.0%, in mining and quarrying – by 21.4%, and in manufacturing – by 8.9%. %.